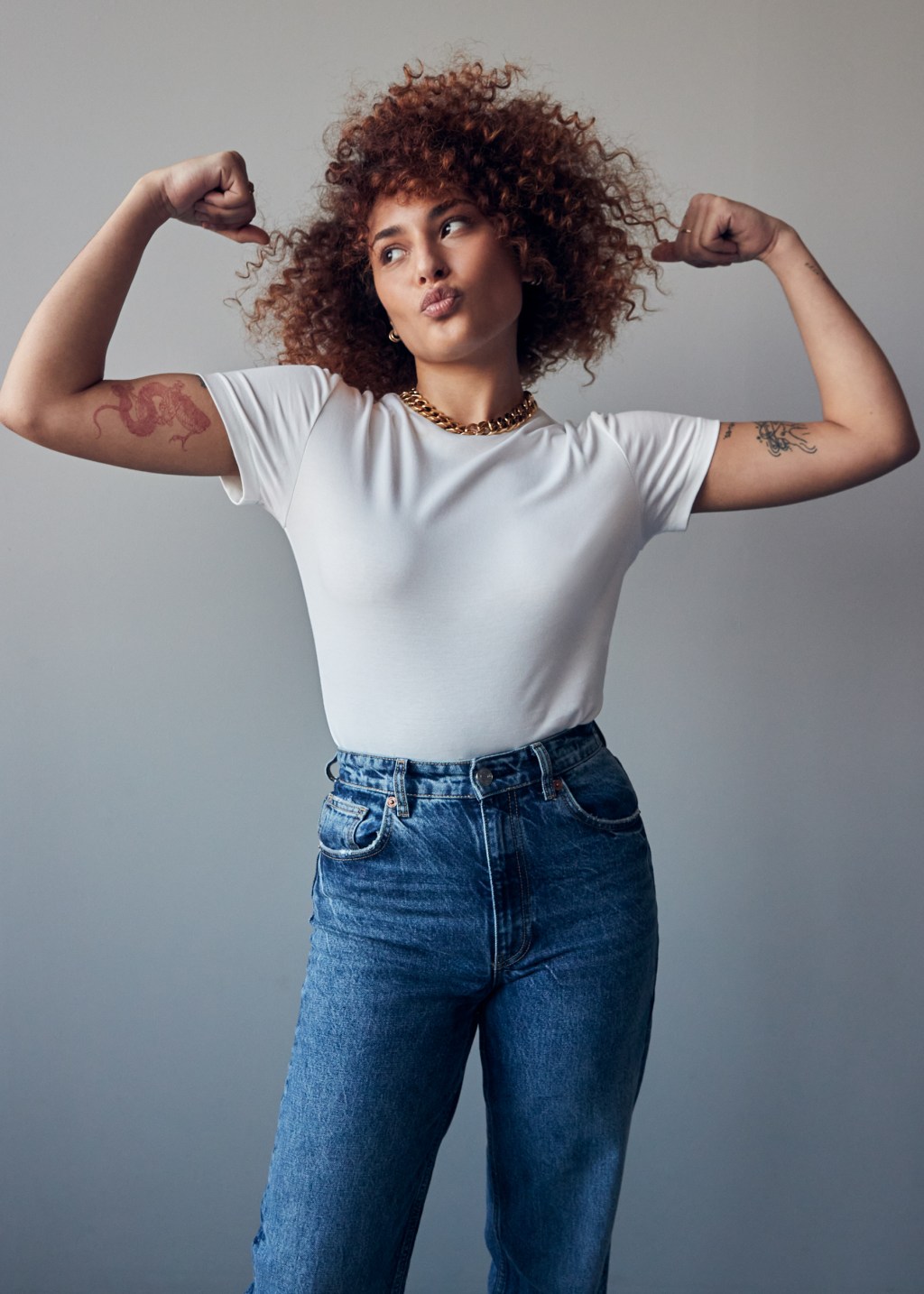 The Who Shirt Company has been awarded five patents for designs with built-in bras.

Styles use Supima interlock cotton and imported plaid cashmere and come in t-shirts, turtlenecks and sweaters.

Founder Libby Haan said securing patents has been “tedious work,” in part because of the pandemic’s impact on everything, including federal agencies. As with all The Who Shirt Company products, the five models with built-in soft bras are named after exceptional and admirable women.

A self-proclaimed “cancer champion,” Haan, who had undergone a double mastectomy, started the company in September 2018 to engineer what she couldn’t find. With over 20 years of experience working with leading and emerging designers in the fashion industry as a public relations manager, Haan appreciates versatile pieces.

A crew neck cashmere sweater is called “Ruth”, a tribute to the late Ruth Bader Ginsburg. The crew neck design is meant to be a nod to the late United States Supreme Court Justice’s necklace collection. She and Sandra Day O’Connor, the first female justice on the United States Supreme Court, agreed that wearing jabots – traditional lace frills with their dresses – would be appropriate.

The Who Shirt Company also has an “Alice” cashmere turtleneck that was inspired by chef Alice Waters and writer Alice Walker. Haan, a real foodie and fan of “The Color Purple,” said she couldn’t choose between Waters and Walker. She also sent one of the sweaters to Waters, who opened Chez Panisse 50 years ago. Haan was thrilled to receive a thank you email from him in return.

In establishing his direct-to-consumer business, Haan’s initial innovation was to rely on styles such as an exercise top with a built-in bra or a sports bra. The goal was to save the wearer from fishing out the finicky straps when wearing a turtleneck. “I just felt it was important to patent them because I liked being able to put one thing on and not have to think about a bra,” Haan said.

The Made in the USA collection also has a philanthropic component: through a partnership with the Estée Lauder Foundation for Breast Cancer Research, The Who Shirt Company donates $5 for every item sold.

Each garment bears the company’s icon, an Athenian owl, on the shoulder. This fall, The Who Shirt Company will release a white t-shirt, black turtleneck and blue crewneck. Overall, Haan said, “Business has been great. We are alive and we have excellent indicators. We made ad spend on Instagram and Facebook. We have a seven to one revenue return on the little I spend on advertising. »

The company is just beginning to seek funding. Highlighting consumer response to the products, Haan noted that return rates are as low as 14% for cashmere sweaters.