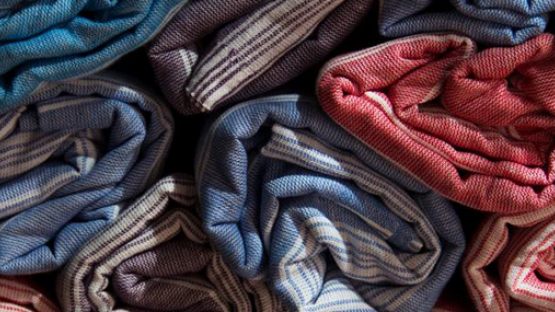 The post-COVID future of the clothing industry

A year ago, researchers from Cornell’s New Conversation Project and the International Labor Organization produced a research brief on the impacts of COVID-19 on the Asian garment industry that traced the short-term impacts to workers, suppliers and buyers of clothing, and noted the damage caused by the collapse of the global clothing trade in the first half of 2020.

The same Cornell researchers, Jason Judd, executive director of New Conversations and J. Lowell Jackson ’17, again worked with the ILO to produce “Repeat, repair or renegotiate? The post-COVID future of the clothing industry. “In the paper, they distinguish between industry changes that appear to be new directions induced by the pandemic, and those that represent accelerations along long-term trajectories, including concentration and consolidation of the industry, automation and digitization and e-commerce for brands and retailers, their suppliers and workers.

â€œAfter many reports on the short-term impacts of COVID, we were determined to take a longer-term view,â€ Judd said. â€œUsing two decades of data, we found little directional changes in the working practices of the apparel supply chain, but big acceleration along the curves the industry has been following for years – consolidation suppliers, market concentration, mania for ever lower wages, etc.

To conduct the research, Judd and Jackson performed a literature review to map existing academic, industrial, and financial research related to the apparel industry. In addition, interviews were conducted with 29 apparel industry experts working in Asia and around the world – regulators, clothing brands and retailers, employers and their organizations, labor and labor rights organizations, journalists – between August 2020 and March 2021.

The results of the articles are organized into five sections covering:

â€œThe fashion industry has a lot to do,â€ Judd said. â€œIn three decades, it has placed itself at the center of global crises of overconsumption, environmental damage, income inequality, workers’ rights, failures of private regulation, etc. The three scenarios described in our document reflect the major choices facing the industry. Repetition is obviously the default choice, but not a choice that many suppliers and workers in the industry can live with. “

The first scenario, “repeat” – a return, wherever possible, to pre-pandemic trajectories for industry structure, supply and governance – is the default scenario and extends, where possible. , the long-term trajectories of the last decades.

The second scenario, “revival” – in which changes in industry structure and sourcing habits are accelerated, but changes in governance, driven by outsiders, are simply accommodated – looks like a version accelerated future described in previous papers on “the future of work” in which the clothing industry divides more radically than in the “repeated” scenario.

The final scenario, â€œrenegotiateâ€ – in which changes in structure, procurement and governance are integrated and mutually reinforcing – is the most ambitious and the most promising of the three scenarios. It incorporates the most desirable, from a decent work perspective, and sustainable of possible changes in the structure, supply and governance of the industry.

According to Judd and Jackson, â€œThis scenario hinges on a partnership, a collaborative approach to industry challenges that not only reflects the interests of fashion ‘outsiders’ â€” suppliers, workers and their organizations, regulators, consumersâ€” but enshrined their negotiated conditions in the contracts. and the formulas under which the industry operates. This in turn depends on significant changes in industry power relations and much of the emphasis here is on procurement and governance.

This story also appears on the ILR website.
Julie Greco is a communication specialist at ILR school.

A handy guide to getting an instant loan online