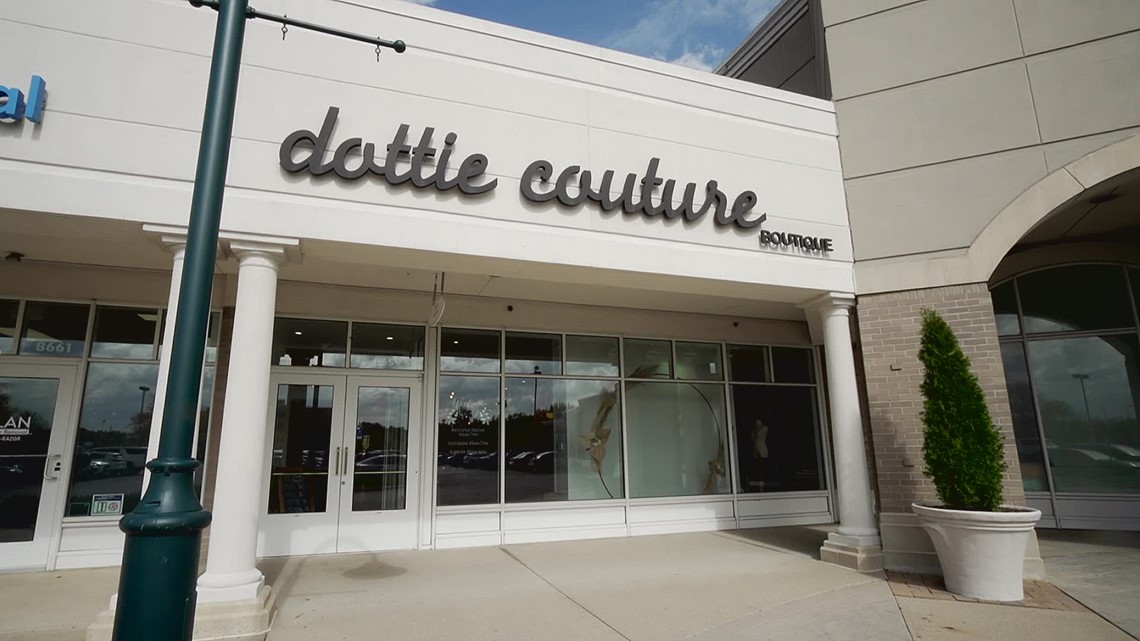 Customers say they want answers from the store owner.

INDIANAPOLIS — An online store and storefront to help women dress their best.

That’s what shopper Autumn Lee thought of the Dottie Couture boutique in Indianapolis.

“I have to go to work every day, and you’re kind of judged on how you look, so I want to make sure I look presentable,” Lee said.

And it’s the type of clothing that Lee thought she could find at Dottie for more than a decade, one-of-a-kind items she calls dress-casual.

“For the most part, not everyone had what I had, so it was kind of fun,” Lee said.

She even became “Dottie Ambassador” on social networks. If shoppers used Lee’s promotional code, she would earn a commission, paid through PayPal, of money she would sometimes return and spend at Dottie.

In mid-September, the store announced a buy-one-get-a-gift-card promotion. Lee bought one. Almost a month later, she and others received an email from the store announcing its closure. The owner cited the pandemic as the reason.

The ad sent on Tuesday told customers they had until Friday to purchase items at a discount. That meant Lee only had days to spend over $200 in store credit.

“Probably 20 minutes after the announcement (of the closure) most of the things I originally wanted were gone.”

RELATED: What’s the Deal: How to Make Your Rent Payments Reflect in Your Credit Score

When Ulmer received the closing email, she too quickly logged on and tried to buy.

“There was nothing to buy, nothing online,” she said.

Nothing online and nothing in their store near the Fashion Mall.

“There are a lot of people who would like their money back,” Ulmer said.

And they are not alone.

Customers from all over Indiana have contacted us about their store credit, as well as from out of state.

“When you buy a gift card, you’re essentially giving the business a loan until you pay off that value,” Adamany said.

As a solution, ask for a refund first. If that doesn’t work, try calling your credit card company.

“Let them know the situation, that you had purchased a gift card, that the business had gone out of business. And so you try to see what your options are to get the money back,” Adamany said.

As for the customers, they just want answers from the store owner.

“I’m praying that everything goes well for them, but I guess I don’t understand why you would have a purchase, a gift card promotion if there is a financial problem, then close a few weeks later, then not give everyone a chance to use up their money,” Ulmer said.

We contacted the store owner via email, his website, and phone numbers associated with the business. We haven’t had a response.

According to state records, Brooke Magdzinski started b Consulting Inc in 2008, adding the Lottie Dottie Boutique name in 2010.

What others are reading:

Some investors think the Fed should ignore this scorching inflation print: Morning Brief