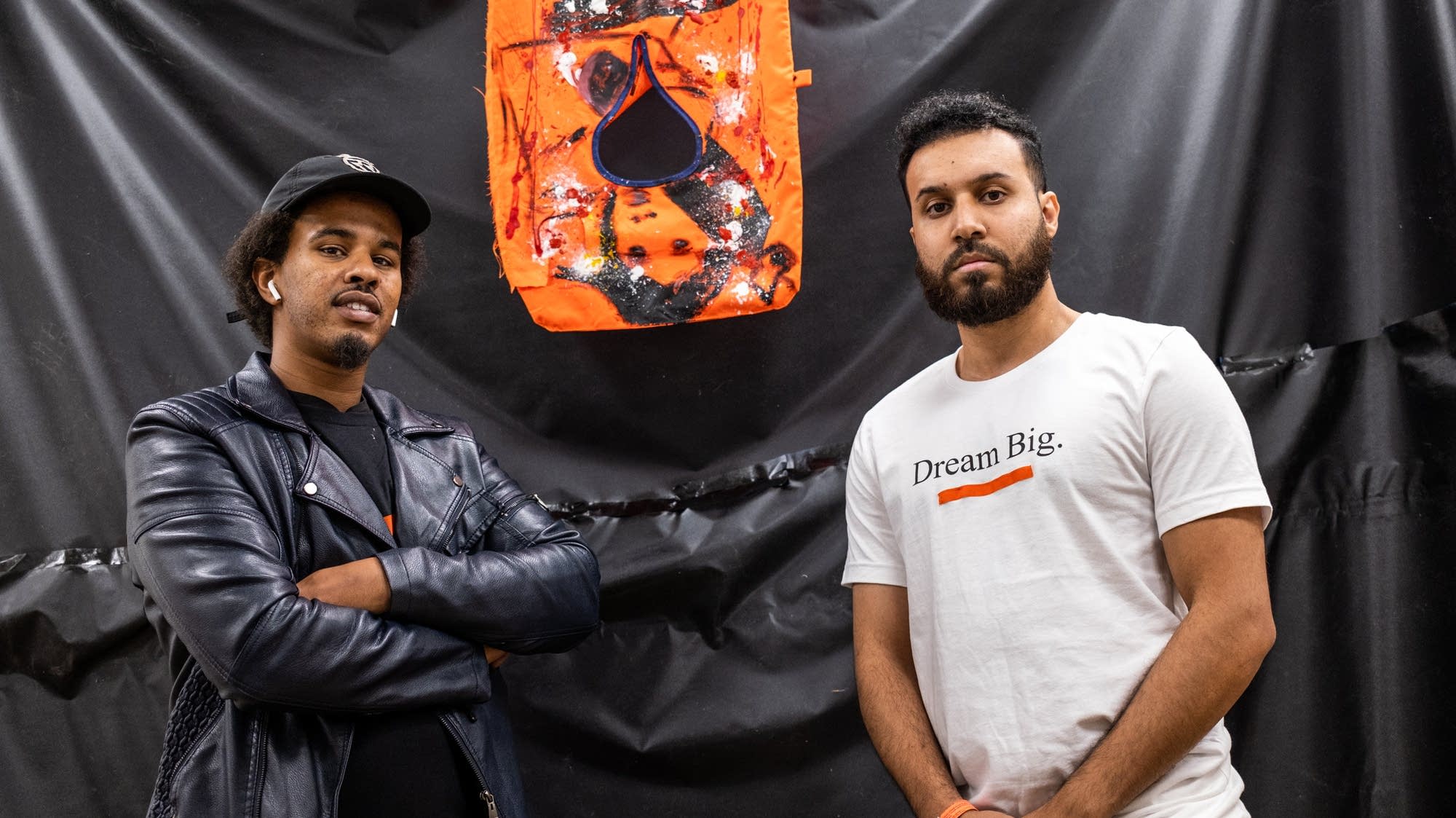 Fashion designers Mohamed Malim, 25, and Mohamed Hersi, 30, share similar backgrounds to those of former refugees. It’s an experience they embrace and uplift as they launch a new fashion collaboration aimed at countering backlash against refugees and highlighting the power and beauty the arts can have in bringing communities together.

The two designers will be holding their first pop-up event between their Epimonia and Original Royal Refugee brands on Saturday from 6 p.m. to 10 p.m. at the Malim Design Studio in Minneapolis. The event is free and open to the public. COVID-19 security measures are followed and guests are asked to wear masks.

The capsule collection includes hoodies, long-sleeved shirts and jackets that incorporate discarded life jacket fabrics to draw attention to the refugee crisis and promote the use of recycled materials. Hersi also painted several life jackets that will be auctioned off at the event, with proceeds going to several Minnesota nonprofits dedicated to helping refugees.

“We just wanted to bring something bigger than clothes [and] something more useful, â€Hersi said. â€œOur brands have a bit of the same DNA. We are both refugees, both Somalis, we both have different backgrounds as immigrant refugees, but you know [we have] the same bones.

When Malim founded Epimonia in 2018, he was a student at the University of St. Thomas.

He started out making bracelets from recycled life jackets worn by refugees, and since then has shown his work at New York Fashion Week and opened his own fashion studio in Minneapolis. He’s also a mentor for aspiring fashion designers trying to get their foot in the door.

Since 2012, Hersi has been a painter and clothing designer. Its brand is called Original Royal Refugee and is also based in Minneapolis. He notably created red carpet costumes for Somali American actor Barkhad Abdi, Oscar nominee, who made his debut in the film “Captain Phillips” in 2013 as Somali pirate chief Abduwali Muse. Hersi says his art reflects his Somali identity and his life in New Delhi, India.

Malim and Hersi met several years ago when the two were involved in a project to counter xenophobic rhetoric against refugees after Trump’s election. When this project ended, the two kept tabs on each other’s work, but it wasn’t until recently that they reconnected and expanded their fashion pop-up.

Like their previous project, they see this collaboration as a counterpoint to the negative and hateful rhetoric surrounding refugees displaced and forced to flee their homelands, Malim said. They also see their designs as a celebration of humanity and they hope their work will inspire other young designers who are wondering if there is a place for them in the fashion industry.

â€œThe talent is out there, but there has to be that person who can just stand up, say ‘I want to serve my community,’â€ said Malim. â€œI want to inspire the younger generation and that’s really the point – to inspire the younger generation of refugees looking to tap into the fashion industry, whether it’s a model, a fashion designer. , a creator or an artist, whatever the case is.

Not wanting their communities to set limits on themselves due to a lack of representation, Hersi believes it is important to collaborate on a project that instills hope in future generations to pursue their dreams.

â€œThere are so many obstacles just to get to that last place,â€ he said. “I hope whatever I do will break down those barriers, so anyone behind me can walk through the door easily.”

If you want to go

You make MPR News possible. Individual donations are the source of the clarity of our reporters’ coverage across the state, the stories that connect us, and the conversations that offer insight. Help us ensure that MPR remains a resource that brings Minnesotans together.

Make a donation today. A donation of $ 17 makes a difference.

Bet on these 5 best performing liquid stocks for solid returns