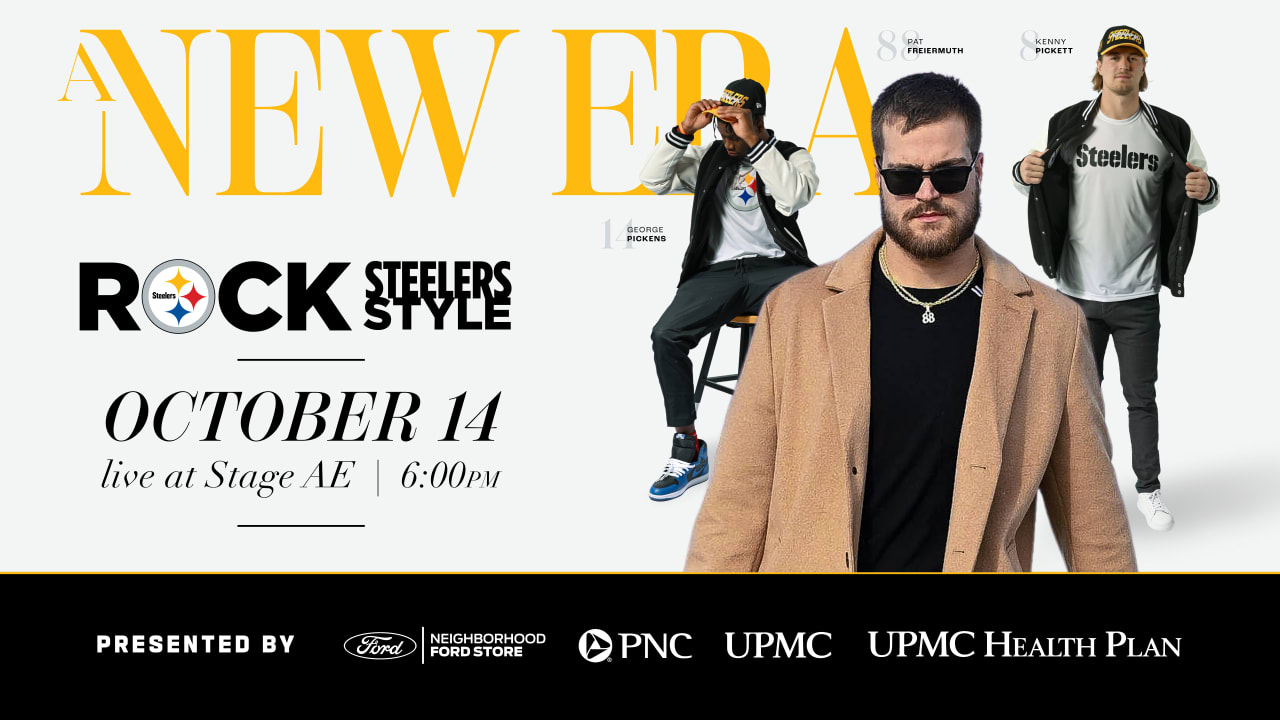 Rock Steelers Style, the team’s annual fashion show featuring the players and their families, will take place on Friday, October 14 at Stage AE.

This year’s show, which is presented by Neighborhood Ford Store, PNC, UPMC and UPMC Health Plan, is about the new blood in the Steelers locker room this season.

“Our theme celebrates a new era,” said Greta Rooney, who co-chairs the show with her husband, Steelers president Art Rooney II, and Mike and Kiya Tomlin. “We came up with it because we have legends who have left us, and they’re throwing the ball to the next generation. We’re excited to continue Steelers pride with the new crew.”

After two years of virtual showmanship due to protocols, Rooney is excited to reunite with him in person so fans can get a better sense of the players off the pitch.

“I’m so excited to come back to Stage AE, to see the players there, their families, their teammates,” Rooney said. “And for the community to watch closely and be with us that night.

“It’s such a softer side. It’s always nice to see them without helmets. They show up at Stage AE, they take the stage, they’re so proud of their families and their teammates. And for the fans, they get a front row seat to see how great our players are in the community.”

Among the apparel that will be on display are those from Kiya Tomlin’s NFL line, as well as one-of-a-kind, one-of-a-kind pieces she designed just for the show.

“Once the show is over, I have a full year to reflect and look forward to next year,” Tomlin said. “As a creative mind, I’m always coming and going. This year we’re going to merge the two using pieces from my line and also Steelers jerseys and kind of create unique pieces that could go into retail at auction.”

The team will also host an online auction to benefit charities, which includes signed items from former and current Steelers players, a custom design and styling session from Kiya Tomlin, a TJ Watt jersey worn by the game, a game-worn Heath Miller jersey, the Steelers Winter Getaway for 2, and more. The auction will run from Friday October 7 to Friday October 21.