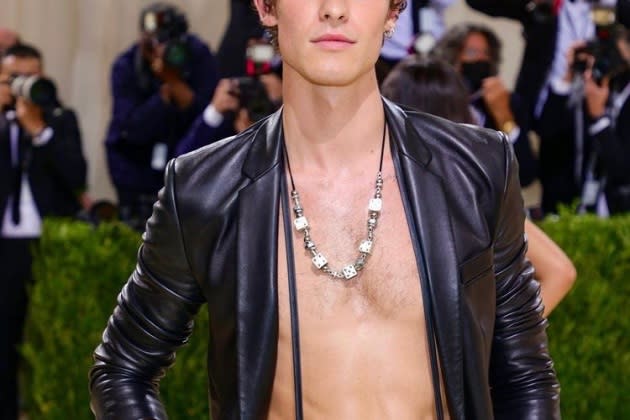 The Met Gala and New York Fashion Week generated $ 543 million and $ 179 million in media impact value, respectively, according to Launchmetrics.

The Met Gala’s $ 543 million media impact value was split between social media at $ 436 million and online at $ 107 million.

Honors for the highest position at the event went to Shawn Mendes, who generated $ 1.7 million in MIV. It has been enjoyed by over 6 million people.

The biggest celebrity was Lil Nas X, whose personal posts and media coverage had a MIV of $ 38.8 million. He has had three personal publications and 6,600 media mentions. The rapper wore three custom Versace outfits at the Met Gala.

As for the top influencer, it went to Emma Chamberlain, an internet personality specifically on YouTube, whose personal posts and media coverage generated $ 15.9 million in MIV. She has had a personal publication and 1,200 media mentions. She wore a personalized Louis Vuitton: a sparkling sequin and rhinestone dress with triangle cutouts.

Of the total MIV during New York Fashion Week, $ 130 million was generated from social media and $ 49 million from online publications.

The first NYFW post was from Kylie Jenner, during the Revolve Gallery fashion show, which grossed $ 1.5 million in MIV and was loved by over 6 million people.

The main brand account was Moschino, which had a MIV of $ 13.6 million and 2,400 messages. Moschino, who put on a show in the rain at Bryant Park on September 9, had famous guests such as Diplo, Megan Fox and Taraji P. Henson, as well as models such as Gigi Hadid.

The most prominent celebrity post was that of Kehlani, the American singer, songwriter and dancer, who had an MIV of $ 6.2 million, with 15 personal posts and 152 media mentions, according to Launchmetrics.

According to Launchmetrics, NYFW’s top influencer was Kylie Jenner, whose personal posts and media coverage generated $ 6.4 million in MIV, with one personal post and 1,000 media mentions.

All the looks from the 2021 Met Gala red carpet

Peter Dundas, Revolve partner for the presentation of the collection

US stocks fall the most in a month