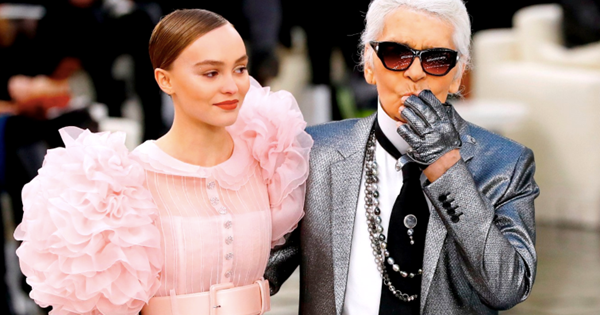 Disney drama series on Karl Lagerfeld has been confirmed

Karl Lagerfeld is set to receive the Disney treatment with the production giant confirming that a new TV series based on his life is in the works.

Kaiser karl was commissioned by Disney as an Original Star and will live on the Disney Plus streaming platform.

The dramatized series should delve into Karl’s journey to fashion stardom, from the summer of 1972 to his succession to the Chanel throne.

Here everything we know (so far) about Kaiser karl.

The series is based on a biography written by RaphaÃ«lle BacquÃ©, which delved into some of Lagerfeld’s most important moments behind the scenes of her life.

From the summer of 1972, the drama series will begin with Karl’s origins as a newcomer to his succession as the creative director of Chanel. According to Disney’s announcement, he will also deepen some of the unique relationships he has shared with fashion celebrities over the years, namely his rivalry with Yves Saint Laurent’s partner Pierre Berge and his romance with Jacques de Bascher.

Speaking at Series Mania Lile Dialogues this week, Disney President Jan Koeppen said: â€œWe have an incredibly diverse and exciting European roster, and Kaiser Karl is indicative of the kind of stories we want to tell. We also felt that the Lagerfeld story hadn’t really received its due so far and we can’t wait to share it with our Disney Plus audiences. “

With pre-production underway, the company is keeping a low profile on casting news. We can dream in the meantime – the likes of Ewan McGregor was a sight to see in Netflix’s recent biodrama Halston, where he played iconic American designer Roy Halston Frowick. Hoping that Disney will designate someone so perfect to play Karl.

As for the production team, Kaiser KarlRaphaÃ«lle BacquÃ©’s biographer will join screenwriters Isaure Pisani-Ferry and Jennifer Have.

With BacquÃ©’s biography of the same name sharing such interesting information about the fashion designer‘s life, the powers that be at Disney saw an opportunity to bring this story to life.

This is especially fitting given that Karl passed away in early 2019 – although his legacy remains in the fashion industry, his story is one that everyone can learn something from.

In a statement, Disney vice-president of programming Pauline Dauvin said: “We were immediately won over by the idea of â€‹â€‹an adaptation of BacquÃ©’s biography, which will mark the first collaboration between Disney and Gaumont on an original French show.

She continued: “The series shows a unique moment of transformation in the French fashion industry in the 1970s, embodied by an icon with multiple metamorphoses, Karl Lagerfeld.”

With the newly announced show, we believe it will take a bit longer before we see the series hit screens.

That said, we do hope it launches on Disney at some point in 2022, stay tuned.