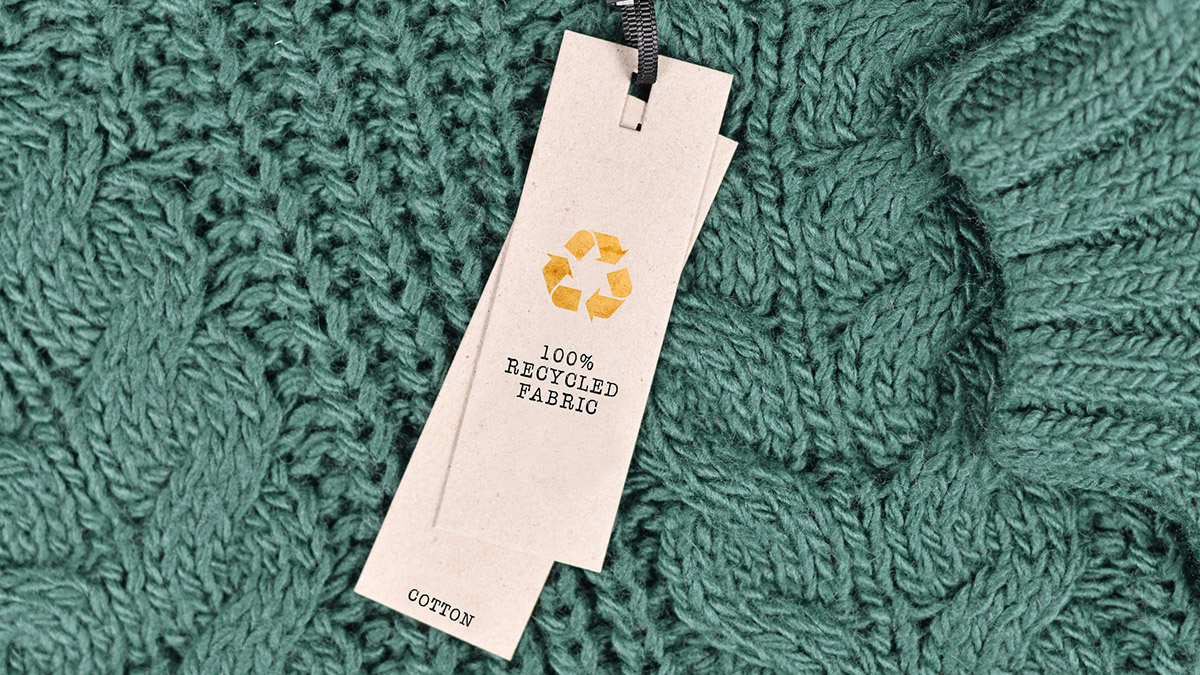 Can a fashion collection be marketed as “trash darling” while containing only a fraction of recycled materials? Currently, yes it is possible. Is it greenwashing? The jury is out. But the UK’s Competition and Markets Authority (CMA) wants to abolish gray areas, pledging to name and blame fashion retailers who make false or misleading claims about their environmental credentials.

In March, the CMA announced it would make a public list of the worst offenders of fashion greenwashing, after publishing a report that 40% of green claims made online may be misleading and then launching its Green claim code Last year. The code is a checklist of 13 requirements that brands must meet when making a green claim, to comply with consumer protection law.

The Cherish Waste collection in question was launched by H&M last month and criticized for greenwashing by anti-fast fashion campaigners including Venetia La Manna, who cited a pair of denim print track pants 100% Cotton – The outer garment is made from 50% recycled cotton.

“It deserves to be named and humbled,” acknowledges Orsola de Castro, co-founder of Fashion Revolution. “I welcome the CMA’s review, but I resent measures that take years to turn into action. And just stopping a brand from saying something is not the same as being granular and precise. [about their supply chain].”

Capsule collections such as Cherish Waste are often criticized for being only a small part of an otherwise large clothing offering – H&M produces 3 billion pieces of clothing each year. Worldwide, the equivalent of a garbage truck full of clothes ends up in landfills every second.

Some believe that smaller ranges could lead to systemic change if the right parameters are applied. Amy Powney, Creative Director of Mother of Pearl, discusses her recent clothing and homeware collections with John Lewis.

“The team wanted to tap into the enduring knowledge I had,” she explains. “But it’s vital that these collections lead to evolutionary change in the business as a whole, not just as one-off marketing.”

Ensuring sustainability is not just about marketing

Fabrics are one of the most common entry points for retailers looking to change their business models. Powney highlights Tencel as a fabric brands should explore for its sustainably-forested, botanically-derived cellulose fiber.

“For us, our most commonly used material is cotton – used in 60% of our product lines – so we started there,” says Nick Stevenson, commercial director at Fat Face. “We have used three certification bodies to help us – Better Cotton Initiative, Organic Content Standard and Global Organic Textile Standard and are now moving on to our other materials.”

But fabrics are only part of fashion’s notoriously complex supply chains, sections of which are often untraceable by brands themselves.

“I’d like to see ‘transparency’ become the main vocabulary in an industry where brands are open and honest, where they give real insight into the progress they’ve made and where they want to improve,” says Powney. “Our website is set up so you can see the “sustainable attributes” of each piece. We are transparent.

If “sustainable” was the original buzzword – and one that is under intense scrutiny by the CMA – “transparency” is already vying to replace it. Asked for comment, H&M released a statement: “At H&M Group, we strive to act in accordance with local regulations and in cooperation with relevant bodies. We welcome initiatives that contribute to an open discussion about the importance of transparency in the fashion industry.

The CMA will have its work cut out to ensure that “transparency” – alongside emerging terms such as determined, accountable and regenerative – is not co-opted for greenwashing gains. As Stella McCartney said, “I don’t even know what the word ‘sustainable’ means anymore.

But can the AMC’s Green Claim Codes hold a company to account without supporting legislation? De Castro is not convinced. “Brands like H&M are used to being named and humiliated, so nothing will be effective unless accompanied by industry regulation to ensure brands are telling the truth,” says she, adding that disclosing information such as the salary of garment workers is crucial for a transparent supply chain.

There is legislative hope on the horizon. Last month, the government published its response to competition and consumer policy reform, including the intention to give the CMA the power to directly enforce the legislation. The CMA could impose a penalty of up to 10% of global annual revenue on brands that violate these laws.

“It would be a game-changer because it would allow the AMC to act fairly quickly,” says Duncan Reed, partner at law firm TLT. “The current regime for punishing organizations that mislead consumers is quite clumsy and involves prosecution in criminal courts. This is different.”

Reed thinks we will see casualties, not least because the CMA wants to be seen as a “premium global regulator” post-Brexit. The European Securities and Markets Authority has published its own road mapin which he identified the fight against greenwashing as a priority.

Companies can – and many will – wait for reviews and legislation, which are undoubtedly necessary. But time is not on our side in the face of the climate emergency. Revolutionary brands have shown what is possible, without the threats of governing bodies. Companies must be responsible for their actions; they have an obligation to know and show the people and resources behind their collections without watering down.

“I have traveled, and continue to travel, to find the best factories, suppliers and farmers who care about the planet and its people,” says Powney. “We are a small brand with limited resources. If we can do it, anyone can do it.