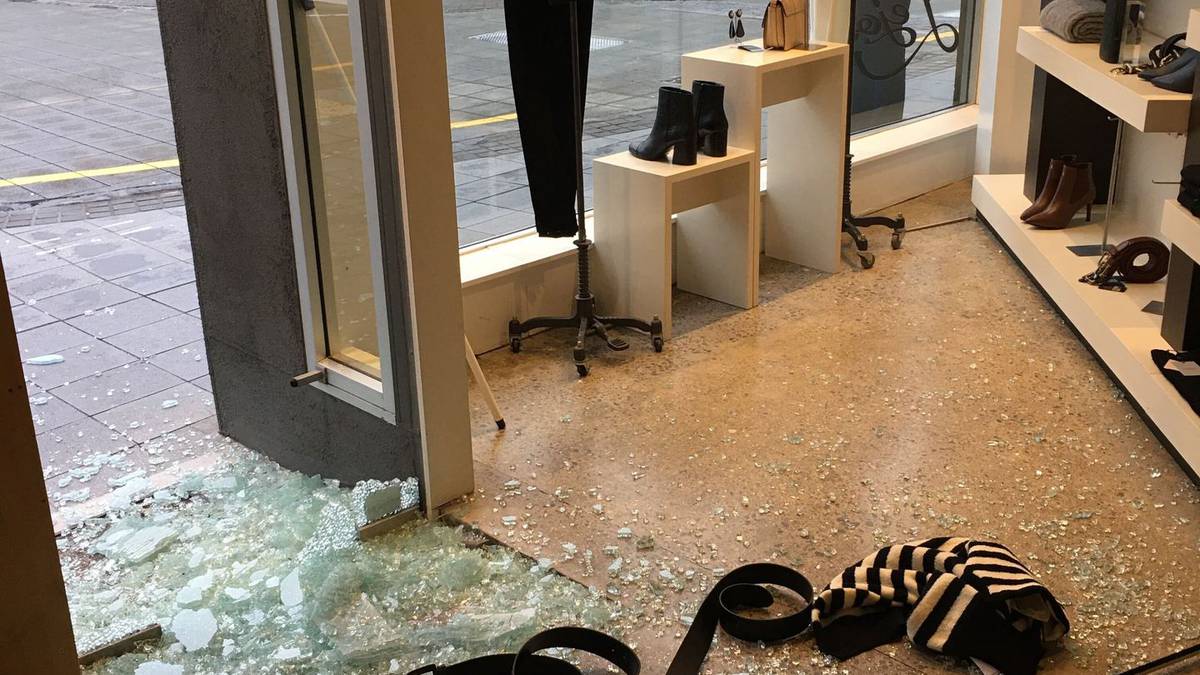 The Lejose fashion house in Newmarket was robbed twice in two days and thieves made off with luxury items including handbags and clothes. Photo / Provided

The owners of a fashion store in Newmarket say they considered closing their business permanently after two burglaries in two days.

Lejose Fashion House on Teed St in Newmarket was robbed around 7am yesterday morning and this morning.

The thieves took away a large number of expensive items, including sunglasses, handbags, shoes and clothes from brands such as Armani and Jimmy Choo.

“It’s my livelihood,” said owner Christine Davis, who opened the store in Mairangi Bay in 1991 and moved to Newmarket three years ago. “And it’s about to cripple us.”

She believed the same people were responsible for the two burglaries, which were caught on CCTV. They appeared to be aware of staff movements and store security, she said.

On Sunday morning, the thieves arrived in a car, smashed a front window and drove off with a few items before a security guard arrived.

The window was boarded up yesterday. But this morning a group arrived in another car and a person again burst in with a device designed to break glass.

The police were called and the Eagle helicopter flew over the area to follow the suspects.

A police spokeswoman said police were notified of the break-in just after 7 a.m. Officers had taken witness statements, but no suspects had been found.

Davis said the burglaries came after a tough time for the retail industry during the Covid-19 pandemic. A drop in income meant she was no longer able to pay a member of staff, which left her feeling less secure.

“But I will continue,” she added. “I’ve been in this business too long to let these things crush you.”

She said luxury fashion stores appeared to be common targets and she felt burglaries and shoplifting had increased since New Zealand emerged from the first lockdown in 2020.

“When I first moved in three years ago, it was lovely, lovely, lovely. But it’s more and more of a shame. We’re just done with it. It’s so bad here, that happens all the time.”

Last week, luxury clothing stores Gucci and Louis Vuitton in downtown Auckland were the target of an apparent ram raid in the middle of the night. It was the second incident in weeks, a staff member said.

After a series of incidents in Newmarket, Davis said she started locking the door during the day and controlling who could enter the store. It was disappointing “hiding in my own store,” she said.

She and her husband were now taking inventory to calculate their losses, which they hoped would be covered by insurance. They were also trying to improve their security measures.

“They will come back,” she said. “What am I supposed to do, sleep in my shop?”