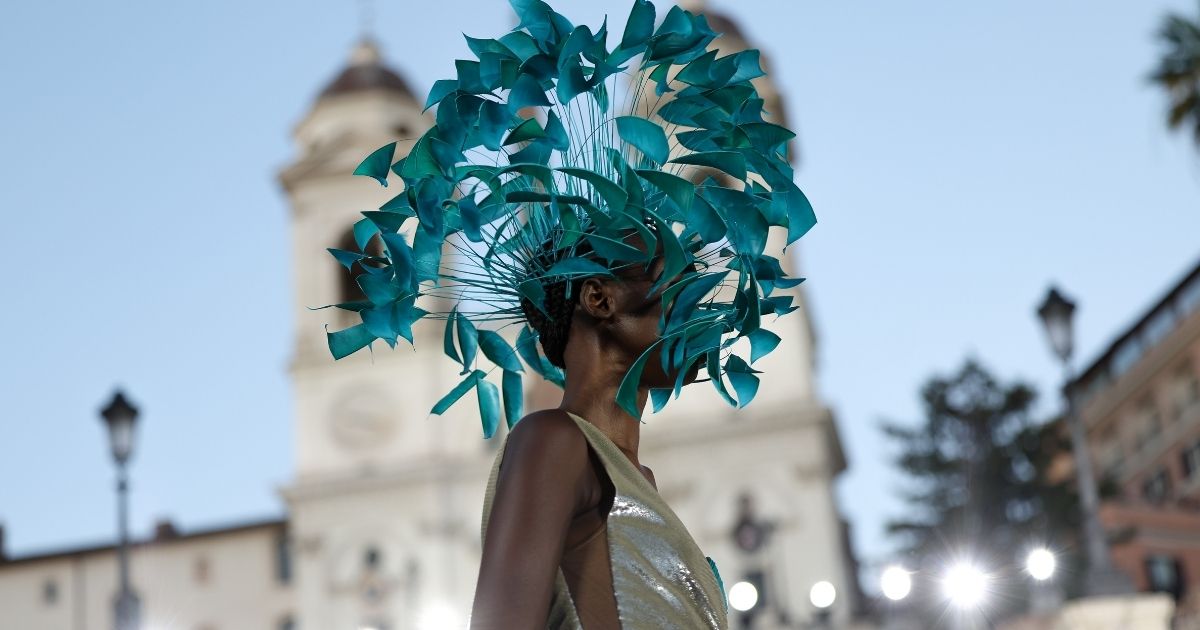 At Valentino, couture that makes your eyes cry

It takes a special kind of spectacle to bring the fashion industry – known for its steely collective behavior – to a standing ovation. And yet, if anyone was capable of such a feat, it would be Pierpaolo Piccioli presenting a haute couture outing for Valentino. Wrapping up the Fall/Winter 2022-23 haute couture season in Rome, rather than Paris, Piccioli set the scene for an event that would transcend the usual catwalk routine. And with a scintillating nighttime spectacle on the iconic Spanish Steps — and with a front row that included Anne Hathaway, Florence Pugh, Ariana DeBose, Andrew Garfield, and more — it did just that.

Titled “Valentino The Beginning,” the collection pays homage to Valentino’s 63-year history, all the way back to where Valentino’s eponymous designer opened his first boutique in the 1960s. “I know talking about the beginnings sounds oxymoronic.” , explained Piccioli during a press conference before the show. “But that’s how I feel, because every beginning brings the idea of ​​a promise, and a future…Sewing is a continuous beginning, because you always have to start again, without patterns or predetermined patterns. The same design can be interpreted in completely different ways six months or six years after its creation. What makes the difference are the people who wear it, the human approach, and that’s the story I like to tell.

This reverence for Valentino Garavani and the house he founded was also evidenced by the extensive collection of 103 looks in the collections. The opening look, for example, was a reimagining of the iconic ‘Fiesta’ dress from Valentino’s very first show, this time the famous red floral strapless dress was super short and covered in 3D roses in shiny red taffeta. Other pieces – form-fitting ’80s mini dresses, lavish Art Deco detailing, sleek ’90s minimalism – traced the brand’s history, with chic modern updates and remarkable attention to couture-level detail ( think: hand-dyed maribou trim, dramatic feather arrangements, and puffy ruffles of soft tulle).

The collection also testifies to Piccioli’s radical desire to democratize fashion. This season, it felt like conversations about size diversity had been dropped altogether, but Valentino’s inclusive cast felt like the perfect antidote to that outdated homogeneity. The color palette, replete with glorious magentas, lime greens, purples, teals and blood reds, was equally heartening: these were garments that had you grinning from ear to ear. Piccilo’s joy of living, always evident in her attire, was so palpable that the notoriously hard-to-please fashion pack rose to a collective cheer as the designer and his atelier team paraded for a final bow. It was couture at its finest, something Pierpaolo Piccioli’s solo tenure at Valentino has become synonymous with.