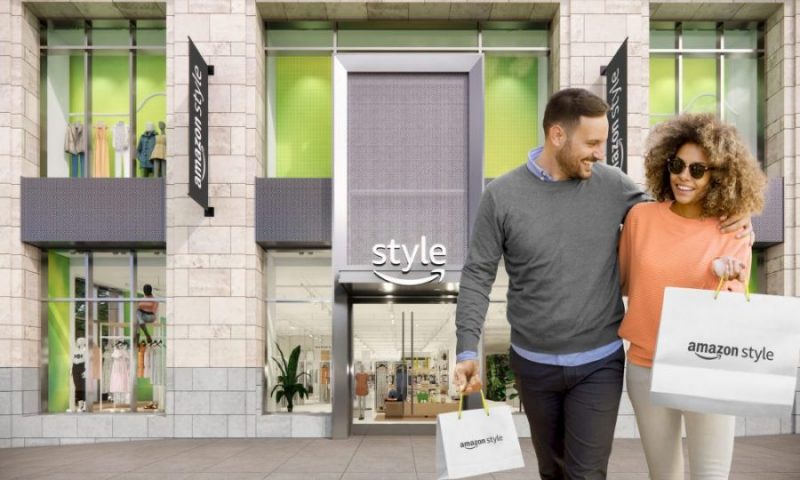 Amazon is launching its first-ever clothing store, where shoppers can try on products suggested by algorithms. The world’s largest e-tailer has become synonymous with e-commerce. It is now also a major player in cloud computing, media streaming and artificial intelligence (AI).

the Amazon fashion store or just Amazon Stylea 30,000 square foot boutique in Los Angeles, is set to debut later this year as the company expands its fashion business.

All products for sale are displayed on shelves, and consumers use the Amazon app to scan a code to choose the color and size they want to try on.

The customer then joins a virtual queue for a fitting room, which they can access using their phone whenever it is available.

The e-commerce giant is still considered trustworthy as it has been around for a long time. They offer things at deeply discounted rates, which makes them more affordable for people who don’t earn high salaries.

Customers can use a touchscreen in each dressing room to pick out more things to try on, with employees placing them in a double-sided secure locker “in minutes”, according to Amazon.

Simoina Vasen, Managing Director, said, “We wouldn’t do anything in brick-and-mortar retail if we didn’t believe we could dramatically improve the consumer experience. “Like a magic closet with seemingly limitless options,” she described the experience.

According to Amazon fashion store executivesthe fitting room will be “a personal place where you can continue shopping without ever having to move”, according to the company.

Amazon will keep track of every item scanned by every consumer, and its algorithms will make clothing suggestions based on that information.

Customers can also complete a style survey, and when they enter the dressing room, Amazon staff will have placed the items they chose and those chosen by their computers.

Customers will be able to pay for their goods using Amazon Amazon One biometric technologywhich requires users to swipe their palms.

Although some may seem a little Big Brother, it will be a nice addition for people who don’t really like shopping.

The locker rooms will be part of the Amazon Style store, which will be 30,000 square feet and smaller than a department store but larger than a typical boutique.

Only model pieces of different styles of clothing from various companies will be displayed on shelves in the specially constructed store. To choose a color and size, customers will need to scan a code using the Amazon mobile app. After that, the item will be removed from a back storage location and placed in a dressing room.

Customers will be able to continue shopping once inside thanks to the state-of-the-art facility, which will feature a touch screen that will offer additional possibilities.

Amazon has been experimenting with this notion of shopping for some time: in 2018, the Seattle-based company patented a high-tech mirror that would allow individuals to try on outfits digitally from the comfort of their homes. Although the VR-based device has yet to be seen in action, it can theoretically allow the user to switch locations (to try on swimsuits on a beach, for example).

Amazon e-commerce eclipsed Walmart as the top apparel retailer in the United States in March 2021, according to a Wells Fargo study. Amazon’s apparel and footwear sales were worth more than $41 billion, according to the bank. of dollars.

Later this year, Amazon Style will launch at the Americana at Brand mall in Glendale, California.