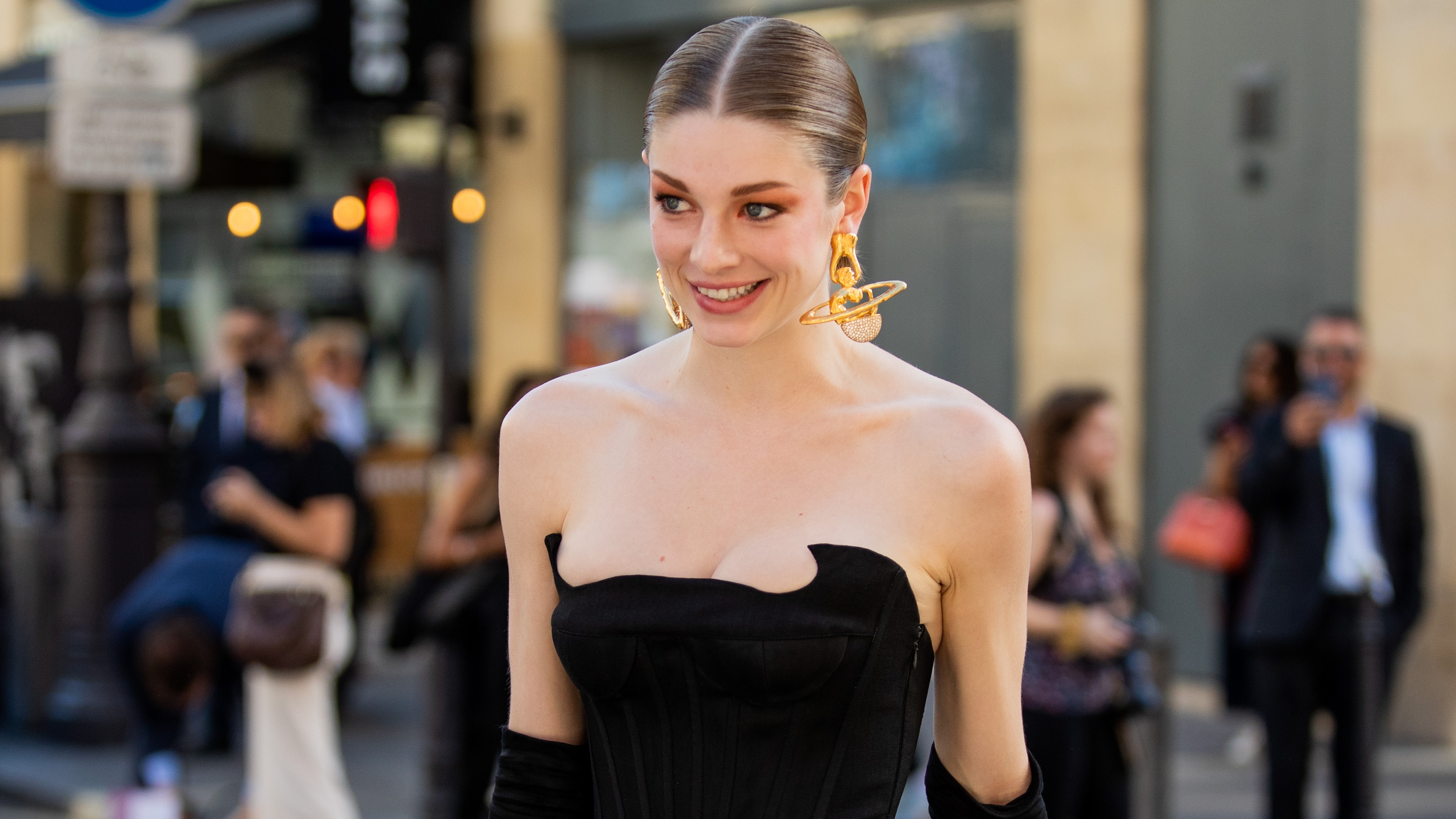 A moment please for Hunter Schafer at Schiaparelli

Schiaparelli has long since created a viral sartorial moment. Take for example Bella Hadid in Cannes and Julia Fox in Paris. It’s no surprise that the front row of the Schiaparelli Haute Couture Fall/Winter 2022 show was a celebrity-fueled fever dream with the presence of Rita Ora, Pixie Lott and Law Roach. All bearing the Maison’s sculptural items.

Hunter Schafer who rose to fame in the HBO series Euphoria also received an invite to the highly anticipated event alongside a curated wardrobe. The actress was captured outside the show in a columned corset mini dress with horns at the bodice, paired with black opera gloves, a mini bowling bag and black pumps with tiny gold prongs. Schafer was seated in the front row next to Emma Watson who wore faded black ripped jeans with rolled cuffs and a sculptural black jacket.

The recently unveiled collection was a tribute to the glorified history of the Maison and in particular to former artistic director Christian Lacroix. “Thus ensued a dreamscape that would celebrate the 80s decadence of Lacroix’s style as well as Elsa’s infamous story,” fashion editor Alissa Thomas wrote of the FW/ 22. ‘Screaming, glorious florals (lavender, tulips, daisies) arranged like sprouting explosions on the garments were nods to Lacroix’s love of color as well as chic interpretations of the floral perfume bottle’ Shocking’ by Elsa Schiaparelli in 1937.”

Schafer cemented her cult status in the fashion industry and recently appeared in the Prada Fall/Winter 22 campaign captured by David Sims. She was also cast in the upcoming movie The Hunger Games: The Ballad of Songbirds and Snakes where she would play Tigris Snow, the cousin of Coriolanus Snow (Tom Blyth). Production is expected to begin in the coming weeks. This will be his first major blockbuster film.